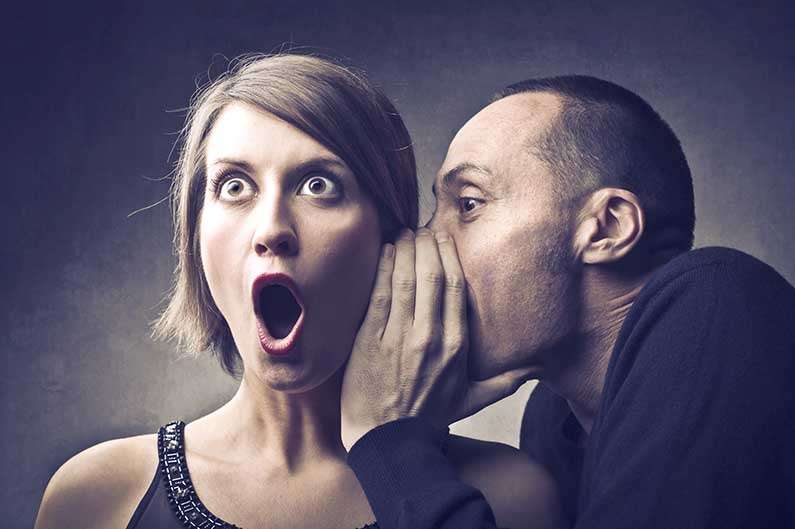 Hint: It’s all about risk and reward

Author’s Note: The opinions expressed in this article represent my views and my views alone. I do not work for or represent Amazon.com in any way.

In 2005, I joined the ranks of a company called Amazon.com – a company that was, at that time, a retail underdog. Their stock price was laughable at $25/share (vs. nearly $1,000/share today), and their annual revenues definitely weren’t keeping Walmart up at night. I was employee number 4,001 at the Seattle headquarters. When I left Amazon in 2015 after ten exciting, action-packed years there, Amazon’s market cap had increased 14x, Walmart was in a full-on pricing war with Amazon, and our Seattle office boasted over 30,000 employees…99.5% of which had started working there after me. I was a dinosaur.

In 2005, I announced to my fellow northeastern business-school classmates that I was moving to Seattle to work for Amazon.com. I was met with blank stares. Save for my husband with a matching Amazon job offer, I was the only student heading westward. We didn’t even have smartphones yet. My clunky laptop had a measly 40 GB hard drive, Silicon Valley wasn’t on HBO, and CNN had just published an article in the Tech section, “The Internet Transforms Modern Life” (now an entertaining read.)

“Why would you go there?” a friend with a generous job offer from Wall Street asked. “There’s no way Amazon’s going to make it.”

“I would never give out my credit card information on the Internet,” one student proclaimed with an exaggerated shudder.

“I heard it rains there a lot,” another friend quipped helpfully.

I interviewed with Amazon somewhat reluctantly, preferring Nordstrom’s luxury, experience-driven, in-store experience. However, in that 2005 Amazon interview, I discovered something extraordinary and unexpected. (Also, Nordstrom didn’t hire me.) The single thing that drew me in, I believe, is the same thing that drives their overall success. I discovered Amazon’s “secret sauce”, the specific, exciting thing that sets them apart from other retailers and companies. I knew, at that point, they would achieve great things – and I was dying to be a part of it.

Watching Amazon’s rise to power over the last 17 years has been an extraordinary experience. They have disrupted commerce, delivery, technology – even movie production – with their customer-focused technology, delivery super-powers, strategic big data, and unique approach to retail. The “Amazon-Scape” image header for this article (thanks, Scot Wingo!) is a somewhat frightening portrait of the many, many industries they’ve come to master. How has Amazon managed to not only enter, but also disrupt so many industries so quickly?

There are a myriad of reasons Amazon is so successful. They focus on the customer experience and convenience. They hire smart people. They develop sound strategies. They sell products customers want at a good value. They focus on the long term. They prioritize inputs (assortment) vs. outputs (Wall Street’s opinion).

However, the biggest contributor to their success is the specific and deliberate culture of innovation they have created and maintain. It’s easy to say you want your people to innovate. How you actually hold employees accountable for continuous innovation is the harder, critical piece to get right, and I’m going to tell you exactly how Amazon does it.

Good intentions are not enough

If you haven’t seen the press around Amazon’s Day One philosophy and innovation-focused culture, here are the Cliff’s Notes: Believing every day is Day One means that you never become complacent in the status quo, because there isn’t one. You test and iterate. Your leadership and teams are unafraid and courageous. Most importantly, you constantly innovate.

As Jeff Bezos used to say, “Good intentions are not enough.”

For this directive to be successful, it requires a risk and reward system that upholds it.  It sounds nice in theory to be innovative, but it must be implemented and enforced properly. “What gets rewarded gets done” is a phrase that comes to mind, something I first heard in class from Dennis Gioia, my business school professor at Pennsylvania State University. Amazon has found a way to reward the risk takers and punish those that uphold the status quo. So, how do they do this?

Let’s start with the risk side. What does it look like to punish upholding the status quo?

According to a New York Times article on Amazon, “…the company’s winners dream up innovations that they roll out to a quarter-billion customers and accrue small fortunes in soaring stock. Losers leave or are fired in annual cullings of the staff – purposeful Darwinism.”

While definitely a dark take on working at Amazon (and it’s only dark if you can’t invent), their characterization glitters with effectiveness. Imagine a corporation filled with 40,000 employees who are worried they’ll be fired if they don’t find something to invent or improve upon? At many companies I consult with, the fear of the reverse – of trying something new – is so huge that employees won’t push the status quo at all, much less invent something new. At Amazon, even worse than being fired was the fear of being ordinary.

At Amazon, even worse than being fired was the fear of being ordinary.

For the wrong candidate, this sounds terrifying, but for the right candidate, it is inspiring, motivating, and thrilling. As a result, innovative candidates are attracted to Amazon, join the ranks, and thrive, which drives more innovation, etc.

To receive an above-average performance rating, an employee must deliver on their goals and also invent or significantly improve something. Inaction was generally regarded as poor performance. For example, here are examples of negative “dings” that might come up during the annual review process. (Note: these might seem strange to you.)

And before you feel sorry for the employees who were either culled out or left out of sheer discomfort, let’s remember that Amazon recruits for their business and technology teams almost exclusively from top-rated technology and business programs, so we’re already talking about an elite group…a group with options.

OK, I get the punishment system…what’s the reward system?

At a leadership training I attended, someone asked Jeff Wilke, Senior Vice President of Amazon’s worldwide retail business, “What keeps you up at night?” His answer? Maintaining Amazon’s peculiar culture as they experience such rapid growth.

Amazon must reward risk-takers, even if they are unsuccessful. For example, a friend’s first role at Amazon was setting up a large capital investment program that Amazon subsequently and rapidly disbanded within a year. We lost a lot of money, but we learned a ton, and she showed some serious grit. While at some companies this would be the end of someone’s career, this project was widely regarded as her biggest career propeller.

Managers were held accountable for pushing the envelope and “disagreeing and committing”. A good business case with robust customer need data could quickly change the course of projects and technology, sometimes upending teams and leaving employees to go look for their next internal “rotation”. Team members were encouraged to rotate into different roles frequently to ensure a fresh perspective. To formally acknowledge innovators, Amazon gave out awards for particularly successful innovations.

For example, here are some positive themes that might come up in a performance review discussion:

No awards were given for tenure. Holding a position for a long period of time was not often considered a good thing, as it indicated potential complacency.

How does Amazon make sure they’re hiring innovators to begin with?

In my ten years at Amazon, I interviewed nearly 1,000 candidates for employment and participated in Amazon’s Bar Raiser program. We sought out individuals who could put structure where there wasn’t any; someone who could break an ambiguous problem down into pieces, ask for data, and drive results.

I was usually encouraged to sniff out a sense of frustration (yes, frustration!) lurking around the corners of a candidate’s answers, particularly if a candidate was previously employed at a large, established (read: slow-moving) company. Also, I wasn’t always looking for the most popular employees. While someone who got along poorly with peers was a red flag like in anywhere else, some level of frustration by the manager or co-workers was to be expected in the life of an innovator. It was typically part of the package.

That’s great, but how does Amazon keep these employees around? How do they retain them?

In this foundational course, we’ll explore the nuances of eCommerce marketplaces with Amazon as a key example. We’ll review the key differences between eCommerce marketplaces and value-added retailers, including new areas of responsibility for brand and brand-enablers. Harness the knowledge and expertise of thought leaders in the industry, learn about winning strategies and best practices for success on Amazon and eCommerce Marketplaces. 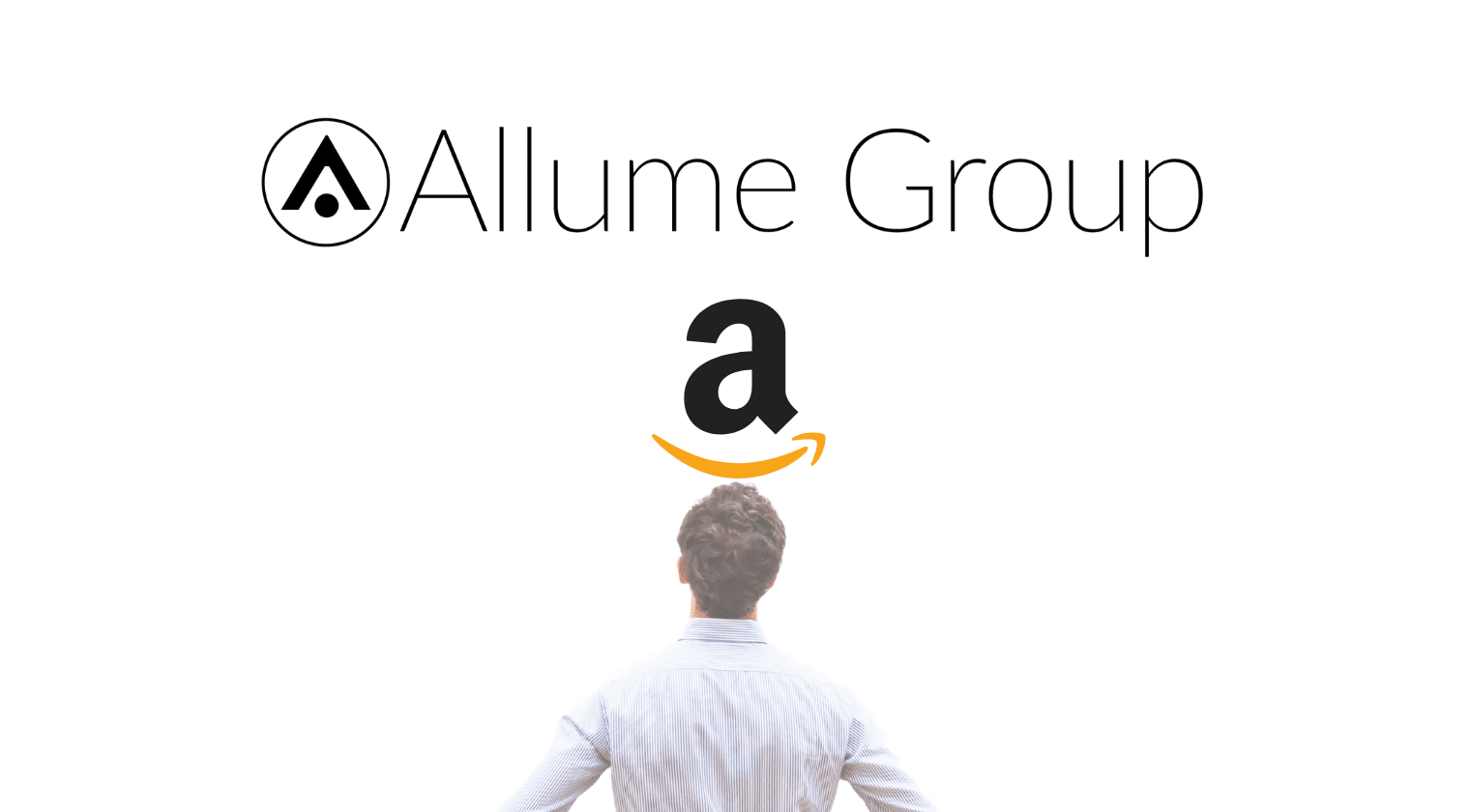