Amazon released their Q4 2021 earnings report on February 3, 2022. Below are a few thoughts from our Founder, Andrea K. Leigh, on their results.

Amazon spent the last two years building infrastructure to support growth, and it’s now hitting their financials. However, it also means they’re prepared – with capacity, labor, and infrastructure – to compete in this next wave of commerce competition.

Amazon is seeing lower profits in their Consumer business than prior quarters. Their increased cost structure (doubling both fulfillment capacity AND headcount in the last two years, as well as covid-related headwinds) are now being fully realized. Operating income for the non- Amazon Web Services (AWS) segments of the business were negative, coming off of several quarters of positive numbers. Overall operating margin was positive at 2.5%, but took a hit of nearly 2 ppts q/q. Rivian provided significant benefit (about 80% of) Amazon’s bottom line. Without Rivian, Amazon’s net income would have been about flat to last quarter. In response to a question re: increased cost structure, Amazon specifically cited contracts with vendors as one lever to improve it (look out vendors!)

Likely to boost profits, the price of Amazon Prime will increase in Q1 from $119/year to $135/year. We are also seeing other profit-boosting measures such as moving default shipping methods away from same-day or one-day to the Amazon Day (longer lead time).

Growth has also slowed in their commerce business. North America (excluding AWS) net sales grew only 9% y/y, while International remained flat at -1% y/y. However, Amazon Web Services (AWS) at 40% y/y growth and Advertising revenue at 22% y/y growth (which they split out for the first time – see graph above) continue to be bright stars, supporting my theory that Amazon is pivoting to become more of a services company. (Services=48.2% of net revenue; online and physical stores=51.8% of net revenue). Advertising is holding strong at approximately 7% total revenue.

Physical stores, while only 3.4% of the business, are showing slow and steady y/y growth in Q2, Q3, and Q4, with a slight acceleration in Q4. This is something to watch as Amazon goes after the non-eCommerce channel for growth.

On the call, they remained committed to ultra-fast delivery, measuring themselves against pre-pandemic progress. 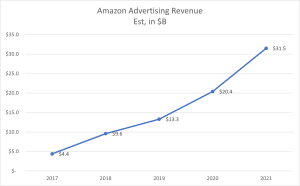 In this foundational course, we’ll explore the nuances of eCommerce marketplaces including Amazon, Walmart, and Target as examples. We’ll review the key differences between eCommerce marketplaces and value-added retailers, including new areas of responsibility for brand and brand-enablers. Harness the knowledge and expertise of thought leaders in the industry and learn how to apply the eCommerce Success Framework. 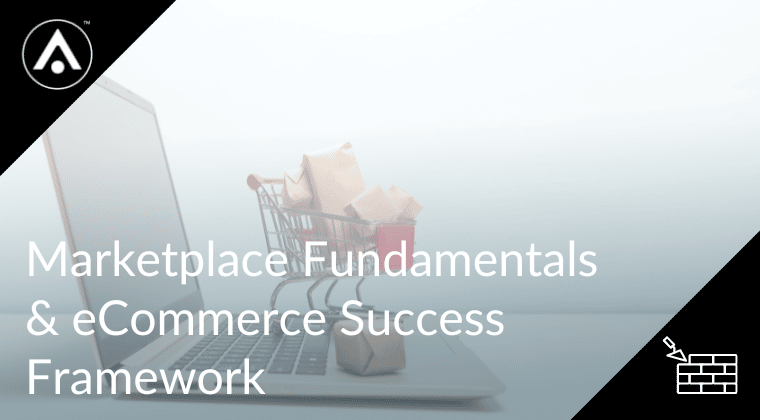